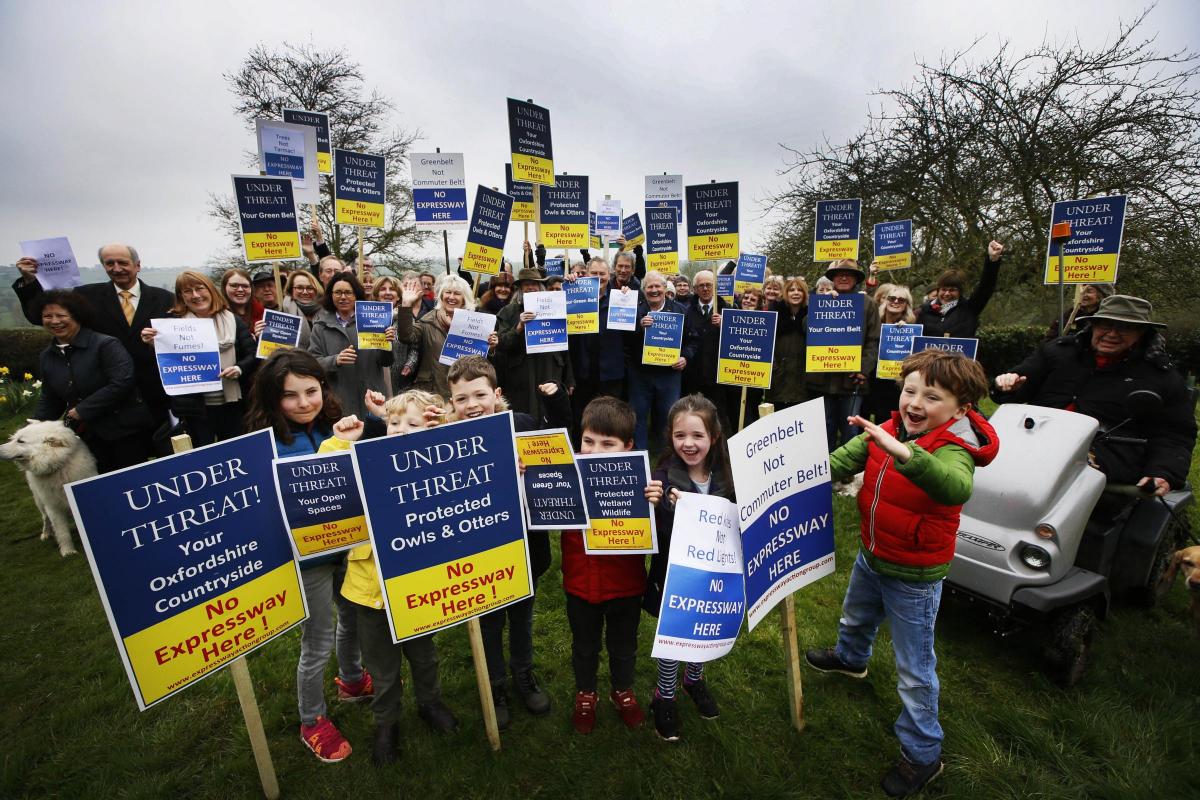 Plans for the largest road-building programme in a generation, since the 1990s road protests killed off the last one, are quietly gathering steam and widespread resistance is sorely needed to stem this tide. To the extent that this new attack on our countryside differs from previous incarnations, it is mostly in being more specifically linked to other forms of destructive development along the targeted routes. As such these new road pose an even greater threat per mile than the usual carving up more countryside, increased traffic and air pollution etc.

Hundreds of miles of new roads, costing billions of pounds, are being planned across the country, including new Expressways (motorway-style A roads). These plans include the A303, A358 and A30 corridor from Cornwall to Hampshire, Oxford-Cambridge Expressway, A417 from M5 Gloucester to M4 Swindon through Cotswolds, A1 Northumberland north of Newcastle, the A556 in Cheshire and the A14 in Cambridgeshire. There are also similar threats in Scotland and Wales.

While there is significant resistance from many community campaigns in various places, there is also a worrying trend of pro-road building campaigns popping up to lobby for these roads. The small number of media conglomerates who own the majority local newspapers appear to be particularly active in initiating these campaigns, but regardless of the extent to which these local pro-campaigns have been astro-turfed into existence, the fact that they have so far getting away with doing so shows how much work there is to do in fighting this assault.

While the usual justifications of the “need” for growth and solving the housing crisis are being trotted out, naked greed is a far better characterisation of the driving force behind these schemes. Just the million new houses which would be facilitated be the Oxford-Cambridge Expressway (see below) represents an eye watering £150 billion in pure profit for the developers involved, while driving even more housing market speculation and making housing even more unaffordable for the average person.

Threats Across The Country

Below are listed some of the more high profile and urgent threats, but see the map (right) for a representation of the scale of the threat:

Oxford-Cambridge Expressway – New £3.5 billion expressway plan between A34 south of Oxford and Milton Keynes, to support a “Growth Corridor” aimed at facilitating the building of a million new houses along the route. Would Otmoor nature reserve – a unique habitat of rare wetland Campaigns: Save Otmoor, Expressway Action Group

A27 (Sussex) – Plans for upgrading the A27 coast road through Sussex and Hampshire to an “expressway”, through South Downs National Park, including Arundel bypass. Arundel bypass threatens a huge area of ancient woodland and smother vulnerable and rare chalk stream habitat around the village of Binstead. Campaigns: Save Binstead

A417 (Gloustershire) – £485 million plan 5km stretch of dual carriageway, between the M4 at Swindon and M5 at Gloucester in Cotswold Area of Outstanding Natural Beauty (AONB), crossing the geologically important and visually stunning Cotswolds Escarpment at Crickley Hill

A12 (Suffolk) – £133m proposals to reroute the A12 with severe impacts on the Alde and Ore valley, ancient woodlands, historic churches and listed buildings Campaigns: Say No To The Four Village Bypass (Facebook)

A57/A628 Trans-Pennine Upgrade Dual carriageway through the Peak District National Park, linking up the M60 in the south east of Manchester to the M1 north of Sheffield, including bypass through Mottram Moor

A303, A358 and A30 Corridor – Planned £2bn Expressway route through South West, including a 4-lane expressway and 2.9 km tunnel through Stonehenge UNESCO World Heritage Site (WHS) Campaigns: Stonehenge Alliance

M4 Relief Road (Newport) – Plan for new 14-mile stretch of motorway south of Newport, which would cause irreparable damage to the Gwent Levels, including 5 wetland Sites of Special Scientific Interest where Common Cranes have been spotted for the first time in 400 years Campaigns: Save The Levels, Campaign Against the Levels Motorway (Facebook)

A96 (Aberdeenshire) – Plan to upgrade the A96 between Aberdeen and Inverness to dual carriageway, threatening the Bennachie Hills Save Bennachie Alliance

A5 Western Transport Corridor (Tyrone/Derry) – Planned dual carriageway all the way from Derry past Strabane and Omagh to the Monaghan border at Aughnacloy Campaigns: Alternative A5 Alliance

A6 Upgrade (Derry/Antrim) – £400m development of A6 road between Belfast and Derry, including dual carriageway between Toome and Castledawson, near the edge of Lough Beg – an internationally recognised Ramsar-designated wetland, bird sanctuary and National Nature Reserve